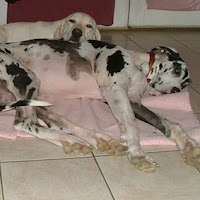 Well, where do I start?  First, the out-pour of generosity is amazing.  I don't have words, I don't have enough arms to hug everyone.  But I have many tears of joy as the dog-loving community always pulls through for me!  For those of you who have donated your hard earned dollars -- thank you really isn't enough, but thank you!


Now for an update.  Jake was able to go into surgery late today.  After the donations came rolling in we knew this would be feasible, and with the help of my wonderful surgeon (rather Jake's surgeon), Dr. Franks at the Dallas Veterinary Surgical Center in Grapevine we saw a light at the end of what was a very dark tunnel. I always say that "she knows Jake inside and out, literally" since she's now seen the guy's insides 3 times, or is it 4.  Wow, I lose count for that poor guy.  Anyway, she's amazing, truly amazing and she is fighting for him as much as we are.  She's also been more than generous to me and my family, human and canine.  So I have to give her some major thanks, hugs and hallelujahs!
I also want to thank the wonderful veterinary staff at Katy Trail Animal Hospital in Dallas.  They saw him first on Tuesday (Dr. Naugler saw us that day, she was amazing!) and then sent us back over to Dr. Franks.  But their staff is always so kind, caring and there to fight for your pets' care and quality of life.  If it weren't for them Jake wouldn't be where he is today as Dr. Murray over there is the one that finally helped us discover he had developed secondary EPI (Exocrine Pancreatic Insufficiency) after we thought last year at this time that we would be saying good-bye to him.  If it weren't for her we wouldn't have him here at all.  And since all this Dr. Naugler has called me twice to check on him and get updates despite the fact that she's getting reports from Dr. Franks. I figure she could just get the reports and go from there without calling but instead she's being incredibly caring and encouraging. 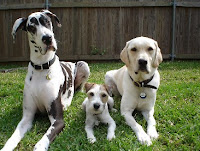 Anyway, he came out of surgery stable.  He is comfortable now.  Apparently while we've gotten past one hurdle that very well could have been a wall instead of a hurdle, we still have several others to contend with.  Without going into all the specifics that Dr. Franks went over with me, I'll just say that we do still have to keep praying.  With all of his major issues in his GI tract he's got a long road ahead and he'll have to be a real fighter to keep going.  But we are sure he is, we know he is, and we feel confident that he'll get through it.  Dr. Franks is cautiously optimistic but she's honest and real and that's why we love her.  So we do have to keep praying for the big ole sweetie.
Again, the donations have poured in like Christmas came early and that is marvelous.  Absolutely marvelous!  I'm really emotional today, and with all this kindness and giving I've now got tears of joy.  Thank you to all of you and we know that we can now begin to look ahead!
Posted by The Redheaded Dog Trainer at 10:22:00 PM